Have you watched The Handmaid’s Tale (Wikipedia) yet? If so, I encourage you to continue reading this post, but if you haven’t, I wholeheartedly commend you to go watch it before you continue.

The Handmaid’s Tale is one of the TV Series that has most impressed me, I dare say, of all I have watched this year. It’s an adaptation of the novel by the same name, written in 1985 by the prestigious Canadian writer Margaret Atwood. After watching it I have felt the need to read the book, but as I have not still finished it, I will not be writing about it yet,I want to write about the TV Series. The discourse is different and, at the moment, I’d like to center on the one I know about… I may, when I finish the book, write a second post about it.

I watched The Handmaid’s Tale last August, before it won 5 Emmy awards and, truth be told, I was not very surprised that it has been the winner series for the Emmy awards latest edition. It’s a terrifying story, and saying I enjoyed it would not accurately describe the feeling it has awakened in me. When you enjoy something, it gives you pleasure, and that is not exactly what you feel while watching it, but unrest, impotence, rage… a compendium of feelings and opposing emotions, that make your thoughts inevitably spring.

When I finished watching it, an impulse took over me: to knit a gorgeous red stole that I could wear, as a uniform, just like the army of cruelly abused and oppressed handmaids from the show. A stole that could symbolize union, solidarity and activism as a common cause for all the people subjugated, silenced, punished, raped or even killed for their sex, ideology, religion… which is, as we are well aware of, happening everyday in our beloved planet. 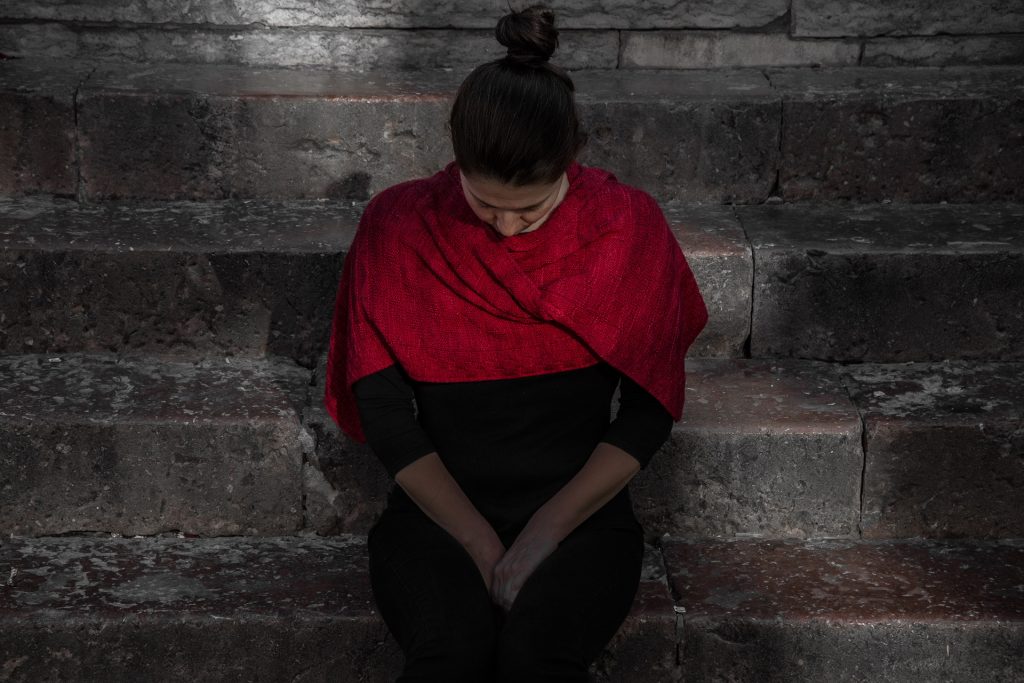 I want to offer my personal tribute in defense of freedom, love and respect for the different, but I also want to claim, while wearing it, the resistance despite the fear, the union despite the loneliness, the hope despite the darkness, this is the impulse awakened in me by watching this spine-chilling series.

The universe presented by this story is a terrifying future when after a coup d’etat, the USA, turned Gilead, is ruled by a fundamentalist patriarchy where there are no freedoms. All is forbidden, except complying with the set rules, and all is punished, even with death. No playing, reading, talking, loving is allowed… all are victims of this regime, even the ruling elite: sick, frustrated, degraded, inferior feeling, sadistic characters (men and women). Their victims: the freethinkers, the religious, the LGTBI collective, and of course, women. Al women are brought under, but the worst off are the handmaids, the fertile women treated as a commodity, raped, isolated… There’s not much they can do except thinking, resisting and praying for everything to change. 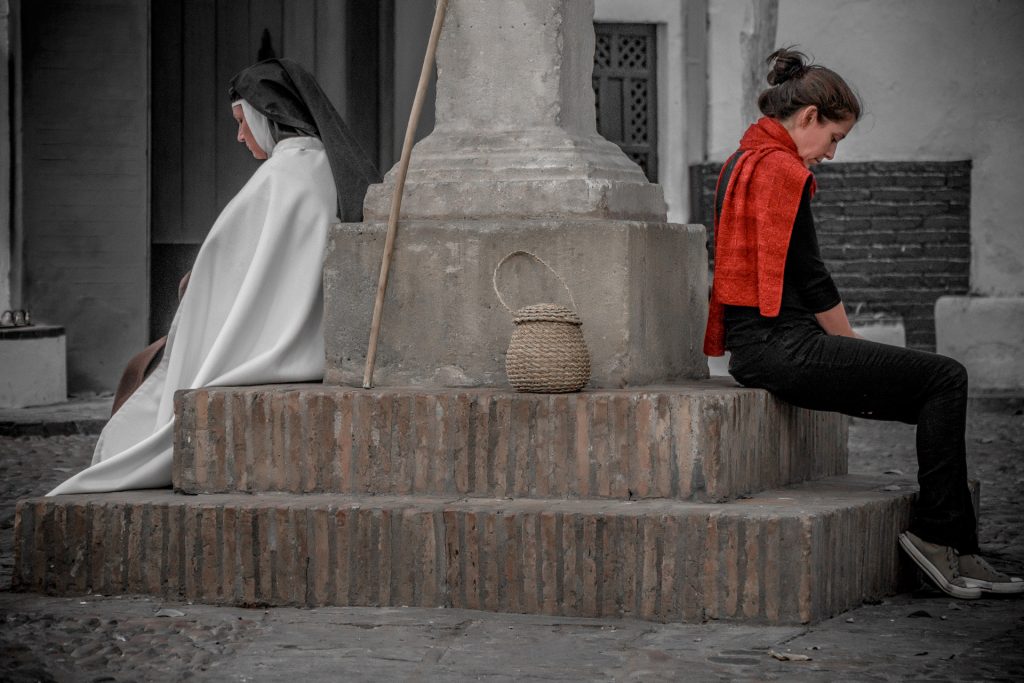 All along, we witness June’s the state of mind as she fights for survival: sometimes she fights he own inability to predict what has happened, sometimes her own desire to give up, to surrender, others the panic of punishment, or to remember what it was to love and feel loved… 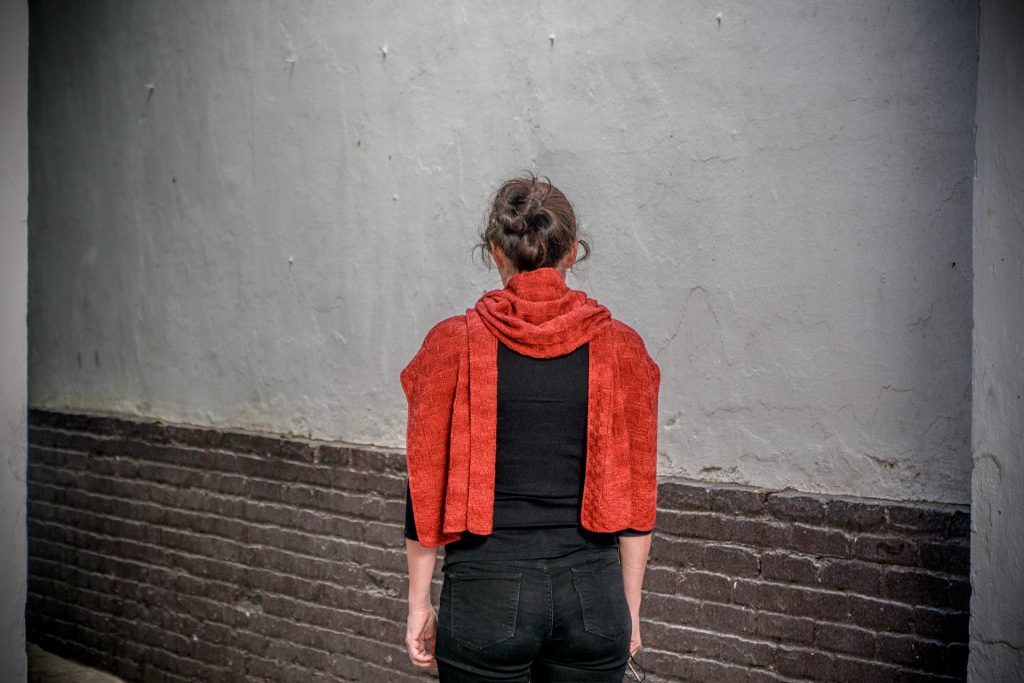 In the first episodes, June (Offred, as she is named under the new regime), asks herself how have we allowed this to happen? How have we not realized? Thing don’t happen little by little… How did we not see it coming? The reality she lives in is so implausible that she can’t understand that all this could happen. I find it relevant that many people, specially women, that I recommended this series to have told me they couldn’t watch it: too strange, unpleasant, terrifying… and it is! But I can’t help but notice that, in our present world, women are raped, subdued,  locked away, sold as objects, murdered; homosexuals are harassed and convicted; Catholic, Jewish, Muslim and  Buddhist people, depending on the place and historic moment they have had to live, are labeled, excluded, marginalized and even threatened with death and exterminated. This is happening today in our planet, it’s not a fiction and we live with it. Maybe by pure survival instinct we remove this form our consciences the same way some decline to watch this series. 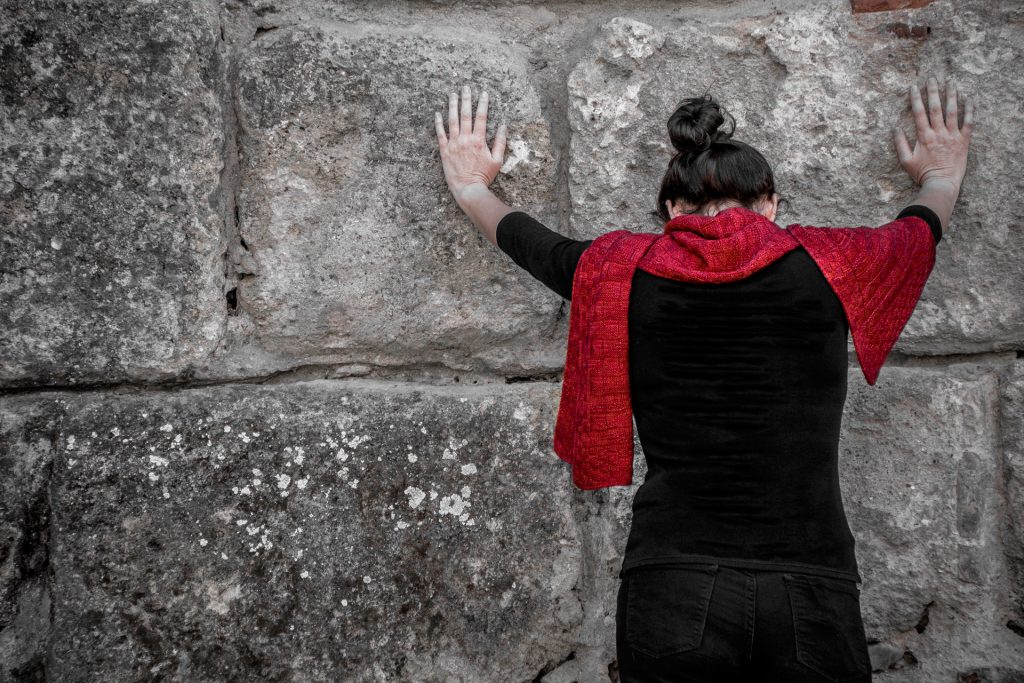 Further on, June, facing her impotence, isolation and the mental and physical pain of her situation, is almost run over with the feeling of surrendering, of abandonment… but then discovers that others, like her, are also suffering: she’s not alone. This way she finds support to recover the necessary strength to resist, the feeling of community gives her the courage and attitude it takes to get over her panic, and looks in other handmaids for what she previously thought was impossible to find: complicity. Nothing changes in her day to day, nevertheless, realizing that there are others like her makes her meet a silent movement existing in that dark world, the keyword to acknowledge her accomplices: Mayday (from the French M’aidez: Help me). There’s room for hope: an army of women in red uniforms is taking charge and expanding the conscience it takes for things to change.

Danger persists, punishment persists, injustice persists, but facing it all, the collective thought of a fight for transformation generates enough anger and courage to believe and to pursue the light at the end of the tunnel. 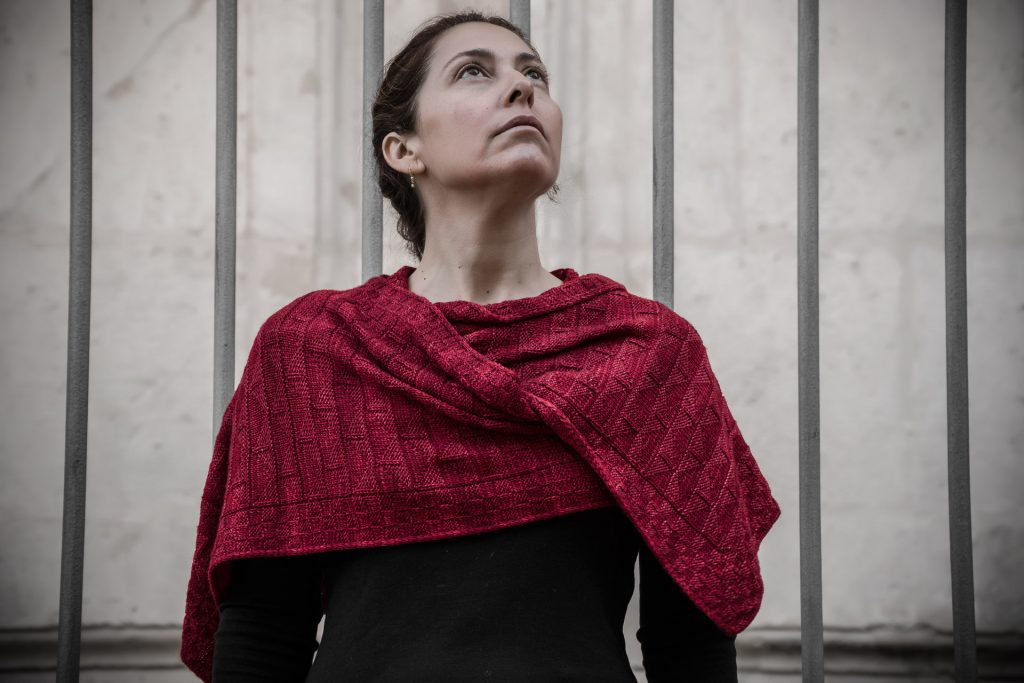 These are the thoughts, interpretations and conclusions I have got to after watching the series and, all together, has generated in my conscience the need to take part in this fight. For this I commend knitters all around the world to knit their own red scarf, I’m offering my design to anyone that likes it, and it would be great for other designers to join this initiative.

I’m convinced that seeing them grow, as field poppies, #junestole designs and people wearing them around the world, will bring courage and hope to those being oppressed in silence, and will at the same time amplify the power of love against resentment, community against individualism, humanity against barbarism… there’s plenty of us that, horrified by injustices, suffer and feel helpless as we watch individualism grow, the terror, the intransigence, the selfishness in our world. Despite it all, something can be done, we can become visible, put an uniform on, wear a red scarf to acknowledge each other and, thus, regain hope that another world is possible. 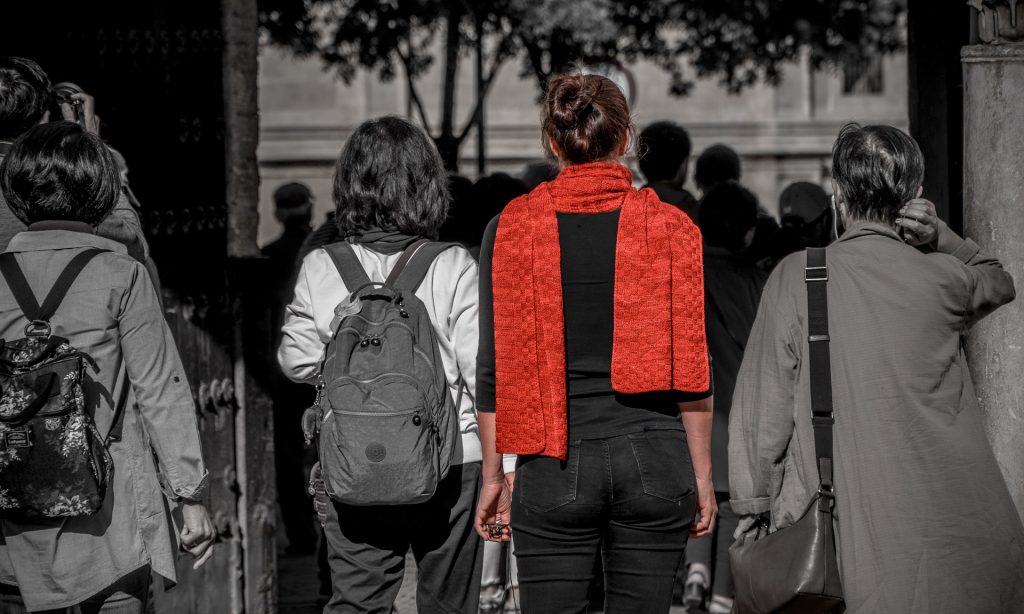 I am aware that this is a very modest initiative and it would be childish to believe that this could change how thing are but, back to June’s reflections: “Things can’t happen all at once, they happen little by little…”

Have a great day 🙂